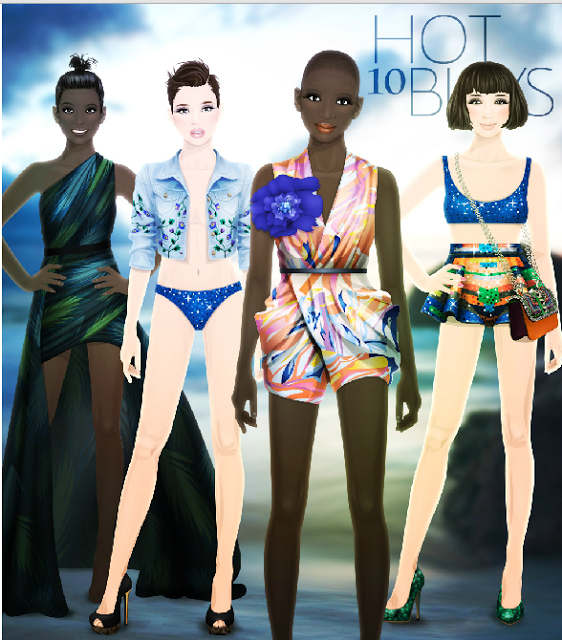 Hey dolls! The preview for the august hotbuys has been released!

I love that denim jacket, the green heels and the maxi dress. And can I just say, star doll is getting quite R-Rated with the not wearing any thing under the jacket huh!? :p

I don’t really like the bralet/ crop top thing,  I mean, I like the texture and the glitter and all but I’m not exactly a fan of the shape of the neckline. I do like the purse though, I can picture it with so many different things, a mustard top and some ripped boyfriend jeans, maybe gold stiletto heels. I also like the skin complexion/shade/tone variety that star doll is now using in their ads, like, models of different ethincities as opposed to just white ones that they had before. I hope the blue rose is released separately from the jump suit/romper, cause to be honest I don’t really like it there.

Also, the black heels look way too common, like something out of rio to be hotbuys, and I bet they’ll be overpriced too. But who knows, maybe they will be from rio.

As a sidenote, I totally love the look of the second model from left to right. Gosh, you guys know I’m a sucker for pixie cuts!

What do you dolls think?