The History of Stardoll

Stardoll is a browser game based on the concept of paper dolls. When it launched in 2004, the website was attracting 200 thousand unique users a month. Stardoll is a virtual paperdoll community site for kids and teenagers who enjoy making friends, fame and fashion.

As of March 2014, there are over 300 million registered users worldwide. Users can dress up dolls in various styles and can also participate in fun interactive activities, this depends on the type of account that the user picked at signup. There are also mildly educational games that are included in the site that allegedly improve a user’s level of quick thinking and decision making. Members can also create clubs, in which they are able to communicate with other members.

Stardoll was first marketed as Paperdoll Heaven in 2004 as a personal blog page about paper dolls, on Geocities. 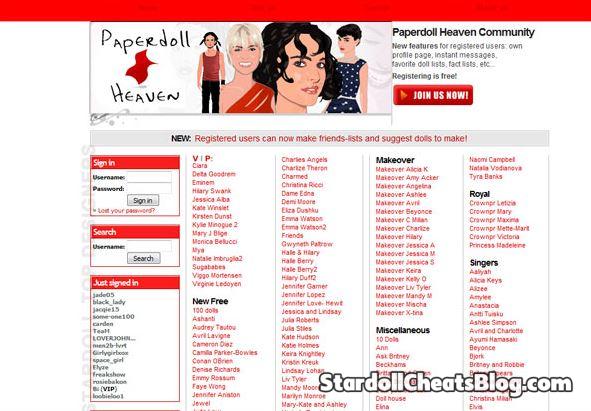 The creator of this blog was a 57 year old Finnish retired housekeeper, Liisa Wrang, who wanted to create a place for girls where they could get away from the violence and corruption in the games that boys would so often fondly endorse. It started out as the hobby of the Scandinavian-born Liisa. Inspired by a childhood passion for paper dolls, she started drawing dolls and their accompanying wardrobes and learned web design by herself. Her personal page quickly became a hit with teens. In 2004, she upgraded the site with the help of her son and called it Paperdoll Heaven. Even now, Liisa is still an important part of the Stardoll family and she makes new paper dolls every week.

Stardoll is one of the very few places on the Internet developed with the emphasis of girls’ self-expression through fantasy fashion. Stardoll is an awesome place to spend time with friends and to meet other kids from all over the world.

The Paperdoll initiative expanded in 2006 after it received funding from Sequoia Capital and Index Ventures.

It was soon re- launched in 2006, and the site began to target a demographic of both girls and boys aged between 9 and 17. Currently members can either register for a free account or a paid account which is referred to as having ‘Superstar’ status. A paid account allows users to access a number of interesting aspects on the site that are not available for free members to use. Stardoll currently boasts more than 300 million members worldwide. 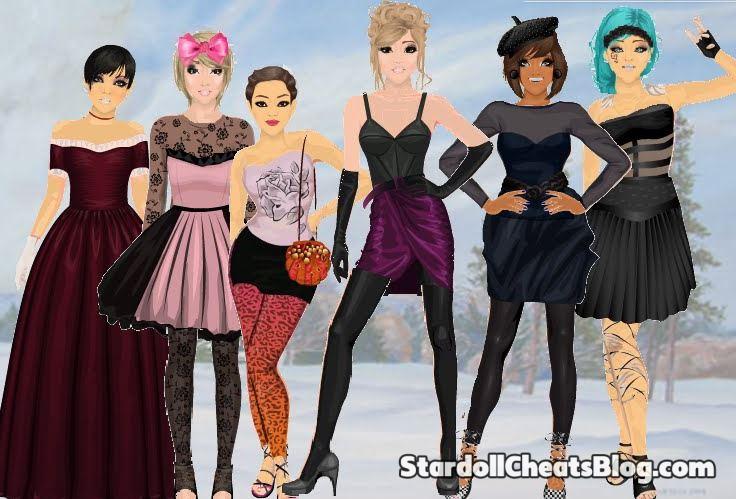 Stardoll is one of the largest online communities for girls who love decorating, fashion, shopping, expressing creativity, and encountering new people from different places around the world. Members initially  create their own stardoll avatar, go shopping, dress up their doll, decorate their home suite, express themselves creatively and hang out with each other.

At Stardoll you can create your own customized stardoll or choose from the collection of celebrity dolls and style them with the available fashion choices that are in your wardrobes. Every celebrity doll has a full wardrobe of cool clothes and there are new dolls being released every week.

The games main demographic is girls who are aged 7 plus, but male members are also permitted to join. When a new member joins Stardoll, they are informed of the rule and regulations that Stardoll embodies within its site. They are then given 500 “Starcoins” and 20 “Stardollars” to get them started and allow them to work their way through the tutorial period of the game.

The free coins and dollars at the start of the game will also encourage the new member doll to purchase further Stardollars in the future. Once the tutorial period has been completed, the new member can then make progress on their level status by gaining more experience and also explore the game more fully. In the “Starplaza”, they can spend Starcoins and Stardollars (of which has a higher value since they are the premium currency within the game and must be bought.) on items for their suite, make-up for their doll, clothes and accessories. Members can befriend one another and interact with each other whilst also gifting various items.